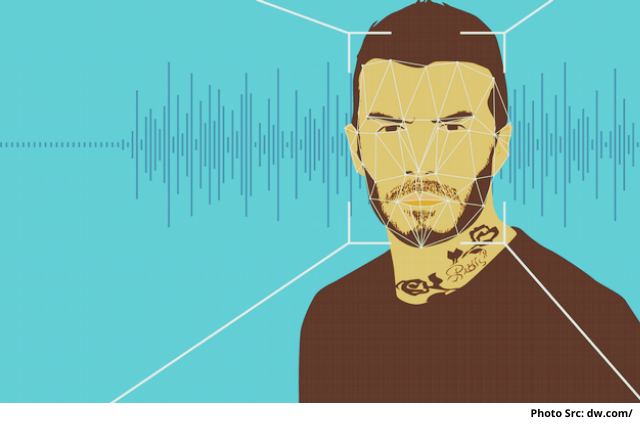 There is no saturation point in modern technology. The moment we try to stand still and believe that technology has reached the best-possible scale; something appears and breaks our perceptions. We have moved ahead from what we learned as Information Technology to an extraordinary world of Artificial Intelligence, Augmented reality, Virtual Reality, and Machine Learning. Here is an unbelievable-but-real side of modern-smart tech!

Watch this video of Queen Elizabeth and wonder what she would have caused if this was not 'unreal'.:

You are right - this is the height of corruption in the development of technology - it seems that the devil has taken over and there is no remedy now. All we can predict is a dangerous future where we won't be able to decide who is a real person and who is the creation of the 'DeepFake' Technology!

The Guardian calls this technology the 21st century’s answer to Photoshopping, deepfakes use a form of artificial intelligence called deep learning to make images of fake events, hence the name deepfake.

Deepfake is a term that describes audio and video files that have been created using artificial intelligence, "machine learning" to be more exact. All sorts of deepfakes are possible. Face swaps, where the face of one person is replaced by another. Lip synchronization, where the mouth of a speaking person can be adjusted to an audio track that is different from the original. Voice cloning, is where a voice is being "copied" in order to use that voice to say things. Completely synthetic faces and bodies can also be generated, for example, as digital avatars. With deepfake technology, even dead people could be brought back to life. (Source - DW)

The following is an excerpt from Spectrum:

There's a lot of confusion around the term “deepfake," though, and computer vision and graphics researchers are united in their hatred of the word. It has become a catchall to describe everything from state-of-the-art videos generated by AI to any image that seems potentially fraudulent.  The main ingredient in deepfakes is machine learning, which has made it possible to produce deepfakes much faster at a lower cost. To make a deepfake video of someone, a creator would first train a neural network on many hours of real video footage of the person to give it a realistic “understanding" of what he or she looks like from many angles and under different lighting. Then they'd combine the trained network with computer-graphics techniques to superimpose a copy of the person onto a different actor. While the addition of AI makes the process faster than it ever would have been before, it still takes time for this process to yield a believable composite that places a person into an entirely fictional situation. The creator must also manually tweak many of the trained program's parameters to avoid telltale blips and artifacts in the image. The process is hardly straightforward.

Because the deepfake technology is for a sensational purpose most of the time, it hits on the 'celebrity' segment more often.

Computer scientist Supasorn Suwajanakorn shows how, as a grad student, he used AI and 3D modeling to create photorealistic fake videos of people synced to audio. Learn more about both the ethical implications and the creative possibilities of this tech -- and the steps being taken to fight against its misuse.

Experts say that it is possible to spot deepfake with some smart tricks. One suggested that the deepfake characters do not blink and we can catch them. However, as AI and ML are developing, the 'blink' also got added. One needs to be a smart viewer and should also have a good amount of awareness to track and tame the deepfake.