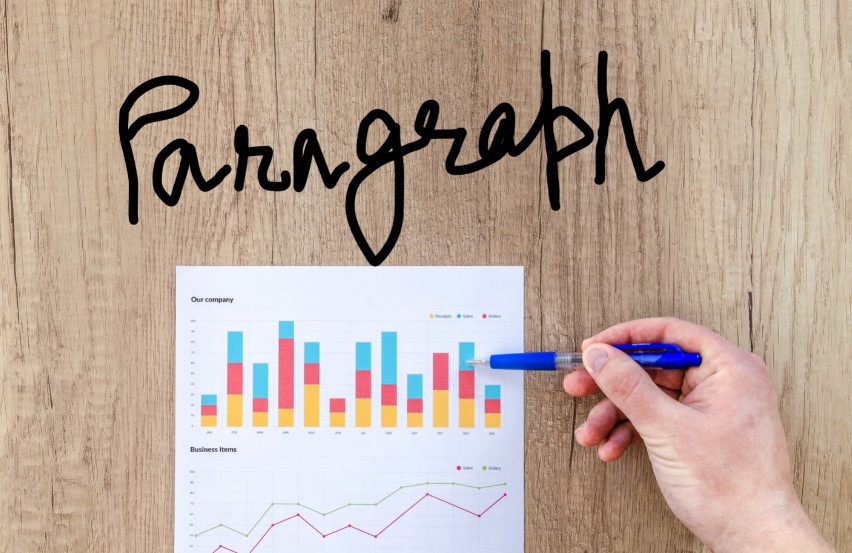 We learn the alphabet of a language and move towards making words and phrases. This leads us to understand that our thoughts are expressed via sentences. The first understanding that we should get is that A Sentence is the Expression of a Complete Thought.

Hence, when we start expressing our thoughts, we simultaneously start framing sentences. These sentences make the listener or reader understand the idea we propagate.

A Paragraph is representative of the collection of thoughts that we construct in the form of sentences to explain an idea. As the Idea Changes, so does the paragraph in writing. While speaking also, we shift from one idea to another with an inaudible pause/break which seems to represent the pressing of the ENTER Button on the keyboard.

'Paragraph' has long been studied and taught at all levels of school and in higher education as well.  Students have seen this as a ritual to write a paragraph during their classes. It is important to understand that if something is present and so ritualistically followed, it must be learned and understood with the best possible practice and perfection.

When we teach Communication Process, we declare that Perfect Communication is Never Possible in Practice. Still, we do efforts to accomplish the best possible. The same has to be followed while writing paragraphs. The paragraph you write should look like a connected whole with lucidity and coherence. It should follow the objective of precision and should avoid redundancy. Long sentences or any kind of verbosity should also be avoided. All the sentences in the paragraphs must be united on the basis of a logical ordering or sequence.

The Oxford Advanced Learner's Dictionary gives the following meanings of the terms:

Graph means a planned drawing, consisting of a line or lines, showing how two or more sets of numbers are related to each other

Together the two words mean

Paragraph: a section of a piece of writing, usually consisting of several sentences dealing with a single subject. The first sentence of a paragraph starts on a new line

We can understand from the word Paragraph that it relates to something presented the Objective- Ordered and Logically Connected. While the data here is the sentences and information, the fundamental rules of the graph are used as benchmarks.

As we ensure that the Graph must represent a larger context and is a précised version of something bigger in words.

The basic structure of a paragraph includes a topical sentence/topic statement followed by major supportive sentences and minor supportive sentences. One can also see an Inverted Pyramid of writing news reports where we put the heading sentence first and then insert the significant details and add less important details as well. However, the inverted pyramid is not applicable to every type of paragraph.

We should write a paragraph to make a point rather than trying to impress the reader with our verbosity. The minor supportive sentence can be removed, if we feel there is a need to shorten the paragraph. Major supportive sentences are essential to the making of a paragraph and the removal of even one sentence from the Sequence of Thoughts (Sentences) will actually kill the whole effort of writing a compact piece.

MECHANICS OF DEVELOPING A PARAGRAPH

A paragraph is a group of sentences related to a single idea or topic. It may be a part of a larger unit, essay or an article. While an essay discusses various aspects of a topic or idea, a paragraph focuses on one idea.

There are no specific rules about the length of a paragraph. It varies depending on the topic or idea you want to describe or discuss. But it is better to avoid extremes.

2. STRUCTURE OF A PARAGRAPH

2.1 Topic sentence and its position

The change from sailing ships to steamships was gradual. At first steam power was added to wind power, and for a hundred years, they were used together. In fact, the inventor of the steam engine, James Watt, doubted that steam should be used without sails, especially in rough water. But little by little, the steam engine improved, steamships completely replaced sailing vessels.

Now let us analyse the above paragraph.

The first sentence presents the central idea- change from sailing ships to steamships, which is gradual. The remaining sentences in the paragraph support the central idea.

3. FEATURES OF A PARAGRAPH

Unity and Coherence are two important features of any good paragraph.

“When we talk about effective writing, we often think first about elements like word choice, grammar and mechanics, and content or evidence. But a really important part of effective writing—and effective thinking, too—is a clear, logical organization.”

Study the sentences below and say if they have unity. If not, say why.

3.2 Unity in a Paragraph

Television has many uses. It provides us entertainment on the one hand and education on the other. One can watch a variety of programmes just with a click of a button. We have channels telecasting movies, songs, soap operas, news, discussions on various political issues, history and geography. Cartoon Network is my favourite channel. Television destroys the reading habits of children because they watch it for a long time. In addition to this, television has become a companion for housewives and older people.

Analysis of the Paragraph

The first sentence of the paragraph declares the idea or the topic: uses of television. The second sentence supports the idea by saying that it provides entertainment. The third sentence further elaborates on the idea that one can watch a number of programmes. The fourth sentence is an example of different kinds of programmes one can view. Are the fifth and the sixth sentences related to the main idea? No, they are not. They destroy the unity of the paragraph. The last sentence concludes the idea and adds that another use of the television is the companionship it provides to housewives and older people.

We have seen that sentences in a paragraph should be related to the central idea. Another important feature of developing a paragraph is coherence. The following are the factors that contribute to the coherence of a passage:

Coherence in a paragraph is achieved by placing facts in a sequential order in one of the following ways:

(a) Chronological Order: In this method, facts are presented in the order of occurrence — the earliest event first and the last event at the end. The order of importance can also be followed — the most important idea can be presented first and then the less important ones.

(b) Spatial Arrangement: It is the method of ordering facts as per their positions. It is needed to describe something with details. Without this arrangement and order, the meaning gets distorted.

For example, if you describe a machine, you begin from one extreme and gradually move on to the other extreme, either horizontally or vertically.

(c) Logical Order: A statement is made and supported by examples. Cause and effect reaction also comes under a logical order.

i. Choice of words

Coherence is affected by the choice of improper words. Writing is governed by the rules of appropriateness. Improper words may mislead the reader. A coherent message is easily understood by the reader and any improper use of words destroys the coherence.

My place of domicile is Chandigarh.

I live in Chandigarh.

A passage is not just a collection of sentences. The sentences are linked together to make a continuous passage. Writers use transitional devices to show the relationship between details. In a paragraph, there has to be a logical flow of thought. To achieve this, sentences are linked with each other by means of certain words and expressions. These are known as cohesive devices or transitional devices.

Examine the two sentences below.

My friend is coming now. I will complete my work.

The two sentences without the use of a transition word look disjointed and the meaning is not clear. Now combine them with suitable connectives and see how the meaning changes.

My friend is coming now. Meanwhile, I will complete my work.

My friend is coming now. However, I will complete my work.

My friend is coming now. Therefore, I will complete my work.

Transitional words are to be chosen according to the relationship to be established between ideas. Their function is to give a logical flow to our thoughts.

Here are some examples of transitional words.

Contrast: unlike, however, although, but, conversely, nevertheless, yet, still, on the other hand

Cause and effect: because, consequently, as a result, therefore, thus, so

Example: for example, for instance, especially, as an illustration

Addition: moreover, besides, in addition to, also, too

Time: later, after, before, now, meanwhile, then

Conjunction: and, but, yet, or still

Reference words and repetition for linkage: this, that, these, those

Underline the transitional devices in the following paragraphs.

Besides, industries and agriculture sector also received a blow.

During my visit to the village (in holidays) I always had a lot to do.

After that, I used to milk them.

Then, I would play in the backyard with my friends till lunch time.

Before the sunset we used to swim in the river.

I enjoy my stay in the village.

Early in the morning, I used to feed the cows.

After lunch, my grandmother used to tell us stories.

The piece of meat was actually poisoned.

‘I’m sure you will kill me after you finish my master.’

Once a thief came near a house to burgle it, but he was prevented by a dog which began

The thief tried to silence him by offering him a piece of meat.

‘The piece of meat is very tempting, but I love my master more than it.’

'You Create Yourself' is the belief that drives the EklavyaParv Life Long Learning Mission. The trilogy of Enhance-Empower-Encourage motivates us and we share learning contents on Communication Skills, EdTech, Life Skills, Blended & Innovative Learning and Insights about Education. These resources are Open Educational Resources (OERs) under CC-BY-NC-SA licence. Parveen is an EdTech Evangelist and has been working in the field of Innovation-driven Education for more than a decade. He writes and delivers training on EduSoMedia, E-Learning, OERs, MOOCs, EdTech, ICT, Blended and Flipped Learning, Academic Intervention, Classroom Makeover, Employability Enhancement, EdTech and Teacher-Student Learning. EklavyaParv is the celebration of his belief in the Learning Spirit of Mankind!
Professional Writing Skills Communicaton Skills
BLOG COMMENTS POWERED BY DISQUS