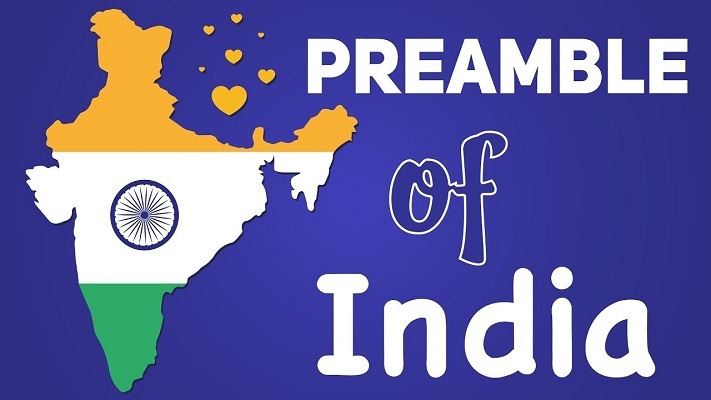 In the last seven decades, India and Indians have come a long way from being humble-recently freed citizens to become nationals of a rising economic power in the world. We have seen changes that have transformed our ways of thinking as well as that of living. The New India we have received and created for the coming generations is considerably different from the one inherited by us.

But what remains similar to the days of freedom struggle is that urge to identify ourselves with the idea of INDIA.

This idea of India was given to us, not when the tri-colour replaced the colonial flag or when Jawaharlal Nehru said: “At the stroke of the midnight hour, when the world sleeps, India will awake to life and freedom." Our India and the essence of Indianhood came to us with the five magical words that gave our constitution to ourselves- WE THE PEOPLE OF INDIA.

These five words lead us to something which, to me and to millions, stand as the fundamental nature of what India has to be. The HUM BHARAT KE LOG – WE THE PEOPLE OF INDIA is an assertion of being free-being together-being ready to raise a voice and being honest with reasoning. The most comprehensive written constitution of any country in the world tells a divine tale of the Indian state and its inhabitants. I am sure many other countries and their people would envy us for having this book of ‘living like the Indian’. But, what has brought this Preamble to the Constitution to the limelight it did not have, despite being in the first pages of school books and the most quoted treatise in the legal domain?

Unfortunately, this LOVE SONG of the Indian Democracy has turned into a call for duty and a reminder as to who we were and what we decided to be. The recent times have opened us all to the constitution with questions, assertions, obsessions and corrections as well. This Preamble isn’t just the first glimpse of the Constitutional Serenity and Divinity that India has; it also refers back to the days when the freedom struggle was being suppressed by the colonisers. The invaders did one thing right, they taught us to fight back for our rights. The first right that the ancestors fought for wasn’t of having lands and power. Rather it was to preserve the ‘togetherness canvas’ of the vast nation. The Vande Matram, Inquilab Zindabad, Sare Jahan Se Achha Hindustan Hamara, Hum Dekhnege and Satyameva Jayate have been the soil and blood which made space for us to raise our free-republic voice being We the People of India.

Love Song of Indian Democracy: The words of the preamble are the vows and that too of supreme commitment and conviction where we are considering each other a part of our own lives. The people of India, loving their own self, per se, each other as well, give to themselves this bouquet of JUSTICE-LIBERTY-EQUALITY–FRATERNITY. The heart goes well with the words because these are same we seek in each relationship as well as in each interaction we get into. The empathy and brotherhood desired by the whole of mankind today is the natural gift of this love song. Let us listen to this and give a call to the nation, to wake up to Hum Bharat Ke Log!

WE, THE PEOPLE OF INDIA, having solemnly resolved to constitute India into a [SOVEREIGN SOCIALIST SECULAR DEMOCRATIC REPUBLIC] and to secure to all its citizens:

EQUALITY of status and of opportunity;

and to promote among them all

FRATERNITY assuring the dignity of the individual and the [unity and integrity of the Nation];

IN OUR CONSTITUENT ASSEMBLY this twenty-sixth day of November, 1949, do HEREBY ADOPT, ENACT AND GIVE TO OURSELVES THIS CONSTITUTION.

The Preamble undoubtedly deserves to be one among the morning prayers in our schools. It is the actual wish that should come true each day; it is the actual India we should be working for and fighting for.

Our education, since ages, has been an amalgamation of everything that stands to transform a man into a human. Merely by introducing oneself to the Ancient Indian wisdom, which isn’t limited to any particular religion, we realise that real learning lies in walking out of the comfort and passive zones. Open Speech and Open Heart and an Enlightened Intellect are the hallmarks of being a true Indian. That’s why legendary Faiz Ahmad Faiz has a place in our discourses. We have been Hum Bharat Ke Log and we shall always be the same – WE THE PEOPLE OF INDIA! 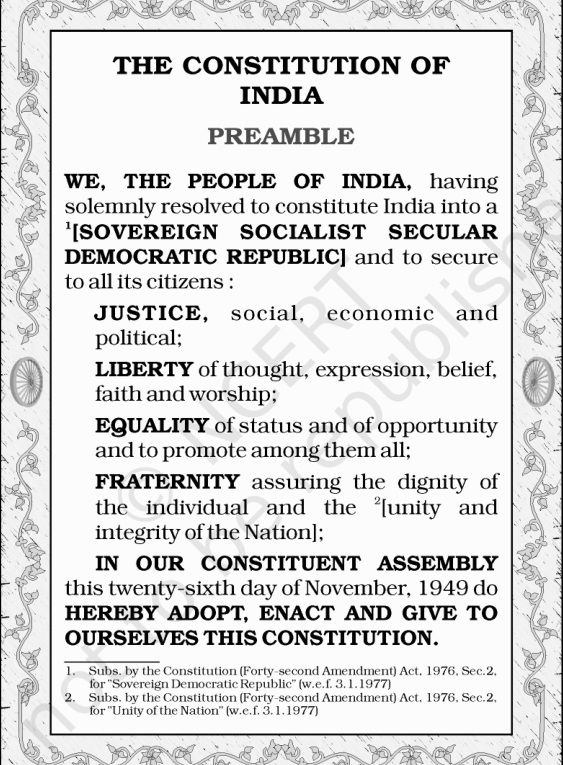