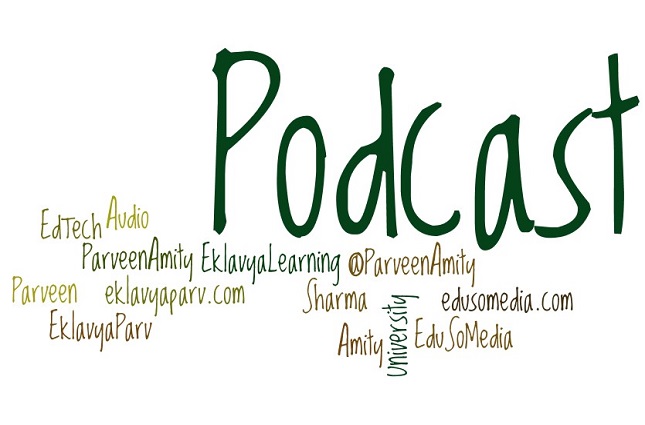 Under the EduSoMedia Model of Learning, students at Amity University Noida recorded their podcasts and this way they initiated a new wave of learning that stands for their professional development along with the academic contribution. These Podcasts are the pioneer works in HigherEd Podcasting.

ENGLISH STORY: THE GIFT OF MAGI REVIEW SUMMARY AND CRITICAL ANALYSIS AND PODCAST

Listen to the Efforts of Students: The Gift Of Magi By O. Henry Podcast by 1. Neel 2. Prakhar 3. Saloni 4. Prashant

Podcast by Vinya Gupta- The Gift of Magi

Imagine $1.87 for that is what Della Dillingham Young has to buy a present for her beloved husband, Jim. The next day is Christmas. Faced with such a situation Della burst into tears on the couch and it is from here that the narrator picks up the opportunity to tell us more about the situation of Jim & Della. In a nutshell, they live in a shabby flat & their poverty is pronounced. But then love is another thing, of which there is no dearth between the two of them. In fact, they have a fantastic bond with each other. Della recovers and quickly tip-toes to a mirror, lets her hair down to examine it- they are beautiful, brown & flow down below the knees. It’s a treasure in more than one way for the two of them. Having had a close look at her hair, Della puts it back up, can’t hold a tear down her cheek, bundles her hair on top of her head. The decision taken swiftly, it seems, for she leaves the flat & walks straight to Madame Sofronie’s hair goods shop. Strikes a bargain with a heavy heart & picks up the US $20 in exchange for her golden locks. That makes her kitty up to $21.87. With an added budget, Della goes shopping for Jim with a pre-decided gift- an elegant, platinum watch chain for his watch. Picks up the 21 $ tag item, feels excited & saunters her way back home, reaches for the curling iron to make her short hair presentable. With her best efforts, she feels that Jim will not approve of it. But then she has managed a good present for him. Done with her hair she proceeds for preparing dinner. As the clock strikes 7 in the evening, Della greets Jim at the door who stares at her fixedly wondering where her hair is gone. Della isn’t quite able to read or decipher his expression. After a while, Jim presents his gift to Della & as she opens the box she is able to understand Jim’s reaction. Only that she bursts into tears on seeing the fancy combs that she has been wanting to purchase for ages. Alas! Now she has no hair to use them for. Jim consoles Della out of her sobs. Feeling better, it’s Della’s turn to present Jim his gift. Jim is stumped, smiles & falls back on the couch. He has sold his watch in exchange for the combs! Jim suggests putting their presents away and having dinner together. The narrator pulls the curtain down by telling the reader that Della & Jim are the wisest of everyone who gives gifts. They are the magi!

ANALYSIS OF THE STORY

About the Author: William Sydney Porter wrote under the pen name of O. Henry. He was an American short story writer known for witty, clever plays and weaving of words.

Analysis: O. Henry had a unique style of narration. Gift of Magi is a third-person omniscient narrative timed around Christmas for that is when gifts get exchanged between the dear ones. The entire story is told through Della to the extent that Jim’s reactions are to be read through Della only. The focus and limelight are on Della & to that extent, it is a single character short story with a second character supporting the main. There is a bit of dramatic irony that runs through the short story and the pitch is purely emotional. No surprise that emotions and dramatics keep the reader elevated from the beginning to the end. The narrative is taut, purposeful & absolutely linear for it does not stray away from what it is meant to convey. No surprise that the short story is timeless and for that reason sounds interesting generation after generation. Love, emotion, and drama have always been and will always charm mortals so long they carry their hearts in their chest.

Della- Della or Mrs. James Dillingham Young, a young housewife in New York City. She loves her husband a lot and is a very emotional woman. She is financially poor and spends all her day in her flat, as “mistress of the home”. Her flat is very old and shabby. She is an attractive blond woman with long hairs which fall below her knees when she opens them, which are also her pride possession. She wants the buy a Christmas present for her love Jim but can’t as she isn’t having much money. She’s been saving money for months and is even faced with the humiliation of pinching pennies at stores. According to her, Jim deserves the best and something unique and good. And to achieve this goal she sells out her hair. Although she sheds tear on that but bounces back on her confidence thinking that Jim will feel good. She worries that he won’t find her pretty anymore. This shows her devotion and depth of love. She is loving, kind, incredibly unselfish, and eager to please her husband.

James- James Dillingham Young, Della’s husband a thin and serious man just twenty-two years old with only $20 a week wages. Although tired and stressed with the burden of a family still is a kind and loving husband at the same time. He is very punctual because of the beautiful gold watch which is his pride possession as it was gifted by his grandfather. Just like Della, Jim expresses his devotion by selling that watch to buy combs for Della’s hair as his Christmas gift for her. This shows his unselfishness as well. Like the magi, the wise men who started the tradition of exchanging gifts on Christmas Eve, both Della and Jim unwisely sacrificed their dearest things and proved themselves to be wisest.